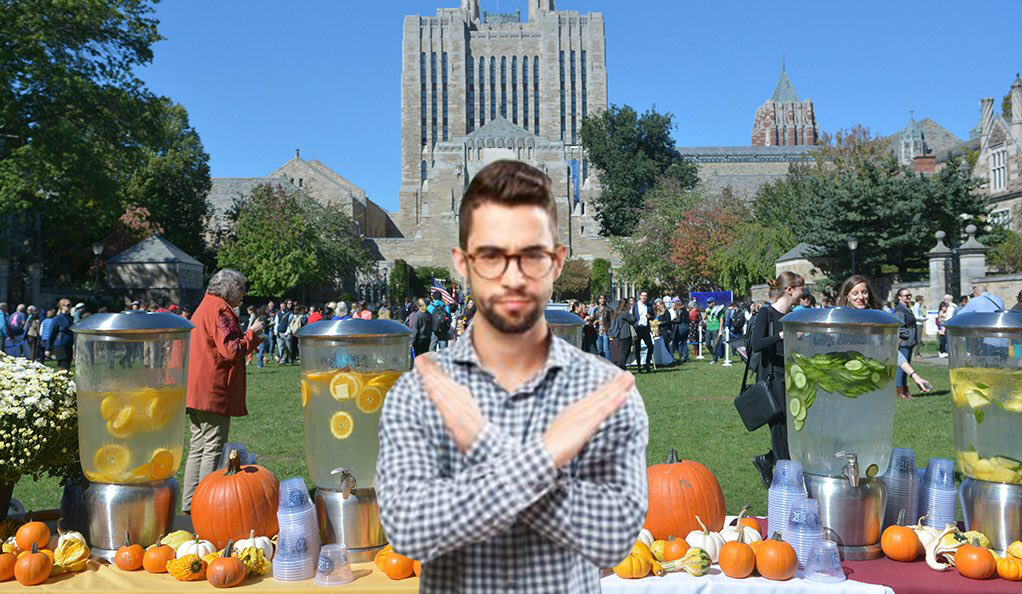 NEW HAVEN, CT—In an inspiring display of solidarity with something or other, Yale student Greg Gronson ‘23 began a hunger strike protest this recent Thursday.

“It’s always humbling to see the commitment of the student body to issues affecting our world today,” commented President of Yale University Peter Salovey. When asked what Gronson was protesting, Salovey looked at some writing on his palm and responded, “No clue.”

But Salovey is not alone. In fact, nobody knows exactly what Gronson is protesting, least of all Gronson himself.

Said Gronson, “I think the really important thing here is to listen. Plus, the dining hall skipped Tenders Day, and I had a big lunch yesterday, so I should be able to go without eating for at least a bit. My metabolism is just like that.”

Not everyone has had a positive reaction to Gronson’s protest. Some classmates of Gronson’s, as well as many in Yale’s activism community, have decried Gronson as having “no understanding whatsoever of any issue affecting the world today.”

“He just studied through dinner last night and is pretending that it was some great sacrifice for a cause,” said one annoyed classmate. “I asked him once to name a single issue he cares about, and he said ‘global concerns.’”

Incredibly, Gronson’s demonstration does seem to have had an effect. So far, global leaders have solved world hunger, set the world on track to net-zero CO2 emissions by 2025, liberated Kosovo, dissolved the British Royal Family, and resolved the gif pronunciation issue.

“Gronson has left us no choice but to keep making the world a better place,” commented German Chancellor Angela Merkel. “Since we don’t know what exactly he’s protesting, we just have to solve global issues at random until we guess right.”

Despite both criticism from peers and exhaustive efforts from the world’s most powerful people, Gronson says he plans to continue his strike until at least tomorrow.

“I’ll have to see what breakfast looks like,” Gronson said. “But even if I do decide to have some Cinnamon Toast Crunch and a banana, you can be sure I’ll be striking again until lunch.”