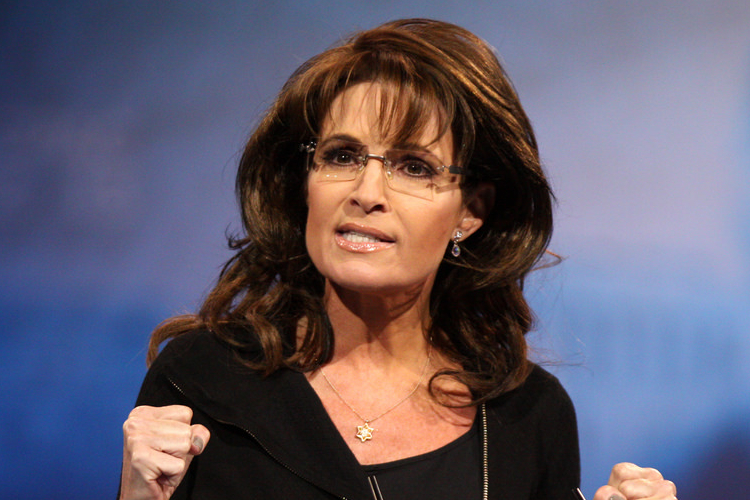 WASILLA, ALASKA— Sarah Palin, former governor of Alaska and current author, political commentator, and Instagram endorser of Teami Blends Skinny Tea, made statements on Sunday indicating her willingness to step in as president in the wake of Senator John McCain’s death.

Palin, McCain’s running mate in the 2008 presidential election, allegedly told reporters that she was “getting ready to step into the presidedidency and defend our God, our guns, and our religion as a real right-wingin’ All-American hockey mom-in-chief.”

When a reporter explained that McCain was not president and Palin was certainly not vice president, Palin said something unintelligible about the “lamestream media bungling another one.”

Palin doubled down on her acceptance of the office in a heartfelt Facebook Live video Sunday morning:

“I was just, ya know, sitting outside with my little grizzly cubs Track and Trig, just enjoying a little vacation from a tiresome month of shooting wolves from a helicopter, when I heard on the radio that John had passed away. I know a lot of folks down on the fake news radio were writing and saying that Mr. McCain was an old grey grizzly and I wouldn’t be ready to be president if, Lord forbid, something were to happen to John. Well, here we are five or seven or eleven something years later and now I’m pretty sure I have to be the President of Vices?”

In what some pundits are calling an homage to Calvin Coolidge’s lamp-lit oath of office over the family bible at his parents’ Vermont home, a delusional Palin took a more unconventional oath of office, with one hand on bestselling young adult novel Divergent in the back of daughter Bristol’s ‘07 Chevy Blazer.