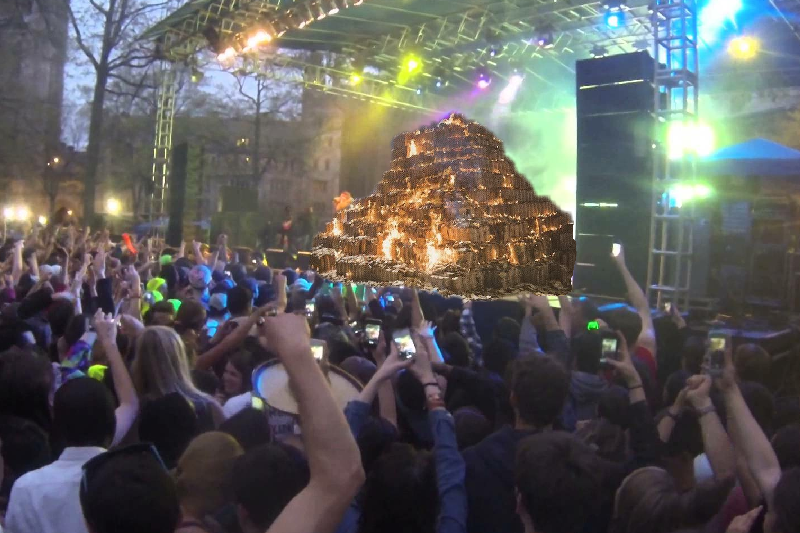 NEW HAVEN, CT — In a surprise announcement Wednesday night at Toad’s, it was revealed that, rather than procuring a lineup of performers for Spring Fling 2018, the Yale College Council will instead be setting fire to its $274,000 event budget live on stage as an effigial testament to the arbitrary and meaningless power of student government.

“It’s like taking fifty dollars from the pocket of every Yale undergraduate, covering it in gasoline, and then literally obliterating it from existence,” said YCC Events Coordinator Jason Fields ‘19. “We really couldn’t have handled this situation any worse.”

The Council has been quick to defend this unprecedented decision partially as a measure to address concerns about student drug use at the annual event. Fields continued, “Rather than forcing the thousands gathered on Old Campus to inhale the usual cloud of marijuana, which is listed by the U.S. Federal Government as a Schedule 1 Controlled Substance, students standing closest to our carbon monoxide-emitting cash bonfire will enjoy the opportunity to suck in the YCC’s toxic presence instead.”

Council representatives reportedly spent countless minutes searching for actual performers, scouring locations such as under a chair, behind a sofa, and outside to no avail. “All we were looking for was a musician whose Wikipedia page was long enough where you had to scroll down to read the whole thing,” said Martin Stoell ‘19, co-chair of the Spring Fling Committee. “It turns out that a modest $274,000 is not enough for that.”

At one point, the YCC thought that it had actually gotten Fergie for a second, but it ended up being someone else.