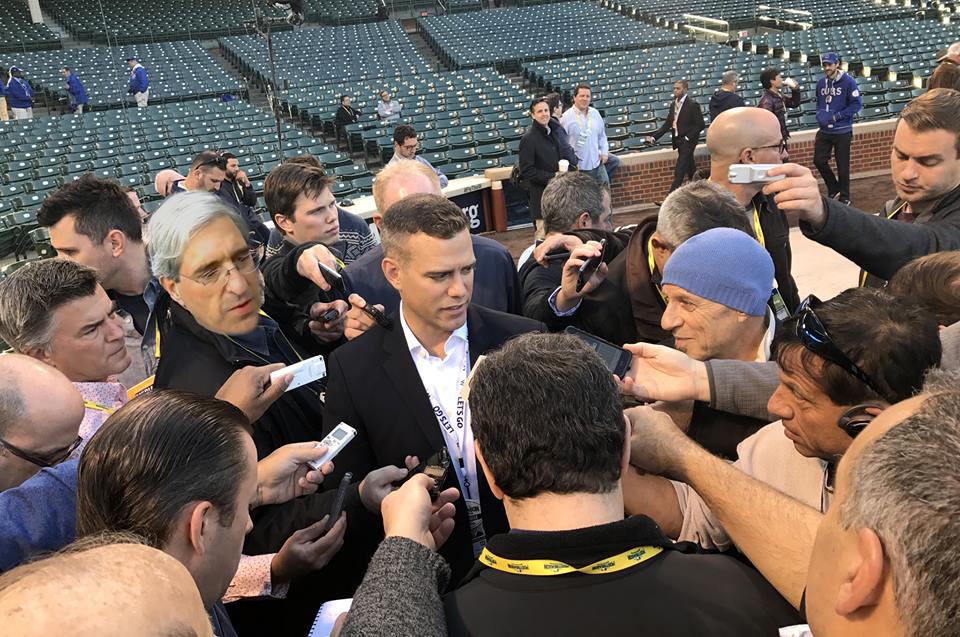 Baseball executive Theo Epstein ’95 was announced as the Yale Class Day speaker on Sunday, snapping the storied 43-year curse of him not being the Class Day speaker. This marks the third broken curse for Epstein, who is currently President of Baseball Operations for the Chicago Cubs and was general manager of the Boston Red Sox when they ended their 86-year drought in 2004.

The news was greeted with fanfare across campus. For some, though, the announcement was bittersweet. Many students shared memories of friends and relatives who didn’t live to hear Epstein’s advice on how to follow your dreams while staying true to yourself.

“I immediately printed out the Yale Daily News email and drove over to the cemetery to lay it on my Nana’s grave,” said Amanda Glasswick ‘17, whose grandmother was a lifelong fan of Theo Epstein delivering the Class Day address.

“Epstein is still young, and his public speaking skills will only improve over the next few years,” said ESPN analyst Heather Koepner. “We could be looking at the start of a real Class Day dynasty.”

Hours after the news was announced, several hundred “Elon Musk Class Day Speaker 2017” T-shirts were found in a dumpster on Old Campus.