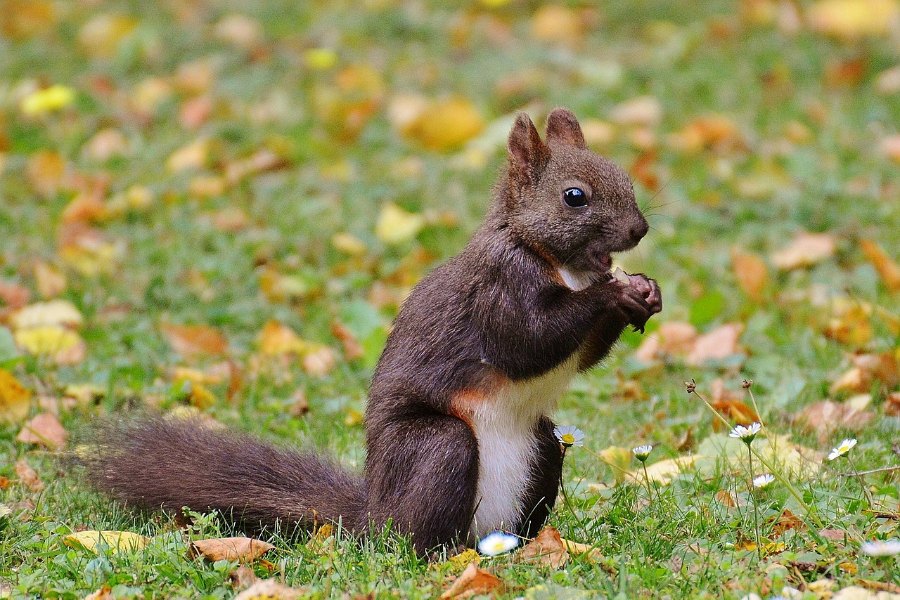 NEW HAVEN—Freshmen on Old Campus have reported an addition to the usual overzealous canvassers knocking on their doors at inconvenient times. Yale’s Angry Squirrels of Old Campus, also known as YASOC, is organizing protests against the human infestation of Old Campus.

Jim Squeakerton, who has lived on Old Campus for 80 squirrel years (equivalent to 80 human years), complained to a suite in Farnam (the oak tree, not the dorm) that the Explo kids were incredibly rowdy this year. “They were stomping on the grass and climbing trees and talking loudly about their intentions to hook up with dozens of people,” he said. “We can’t stand for this invasion of our homes any longer.”

Community leader Milton Nutz had a similar complaint. “Some freshmen have been throwing around their Frisbees at ungodly hours,” he said. “I mean, do these kids even have classes?” He added that there may be some potential for a united human-squirrel campaign against those “heavy users” of the green space on Old Campus. “I have noticed that some students are also annoyed that the ‘heavy users’ keep blocking their paths to classes. I’m glad to see that at least some humans came here to learn.”

More militant tactics are rumored to be in the works if conventional methods of keeping students off the grass don’t work. “If students refuse to acknowledge that the grass and the trees are our living space,” an unnamed source claimed, “YASOC may be forced to drink all of the booze at pregames, squeak while students are trying to study, and leave acorns in terribly inconvenient places.”