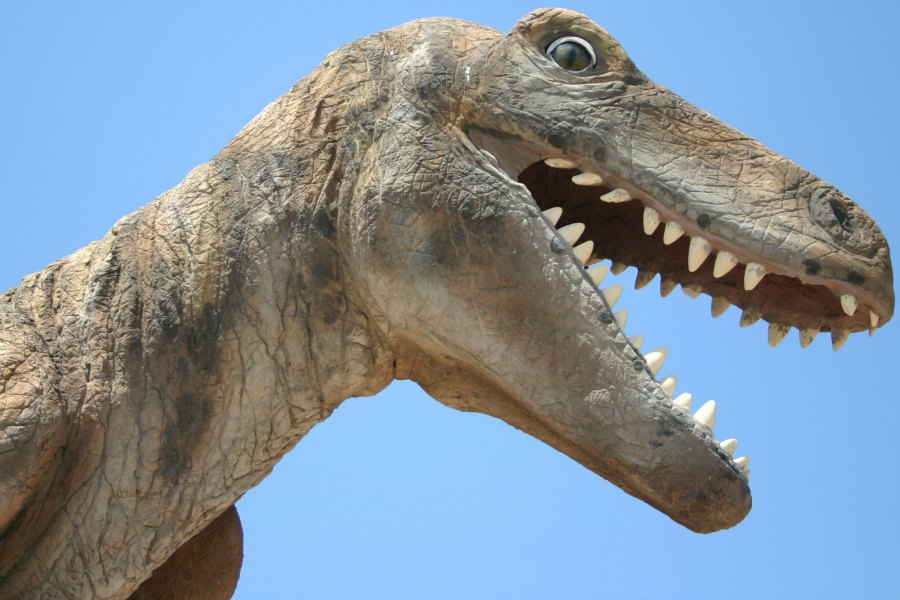 Dinosaurs are the greatest creatures ever to roam the Earth

Nothing’s better than a dinosaur! We’re big, we’re tough, and almost all of us have bodies covered with spikes! Raaaar!

I happen to be a T. Rex, the coolest dinosaur of all, but it’s not just me who’s awesome. I mean, velociraptors? They’re hella smart, doing all this thinking about life and stuff that I can’t even understand. And ankylosaurs? Walking fuckin’ tanks, whatever a “tank” is, I don’t know, some-
times I just say stuff.

Seriously, no other life form even compares. What could be better than dinosaurs? The bugs? The fish? The mammals? Get real. I can reach into a tree and eat a mammal whenever I want. Mammals have a long way to go before they’re even half as great as dinosaurs.

Here’s another example: Think of the coolest question you possibly can. The question for which you’d give your own eggs to know the answer.

Was your question: “Who would win in a fight, an Allosaurus or a Triceratops?” If not, I bet you want to change your question now.

And guess what: I have the answer, because the other day, I got to see that fight happen in real life. The answer is “Triceratops wins, but gets bitten so many times that it bleeds to death over the next three days.” So cool!

In conclusion, dinosaurs are the best, and anyone who says otherwise is probably a mammal pretending to be a Compsognathus. Yeah, I went there.

—An asteroid silently hurtling towards Earth