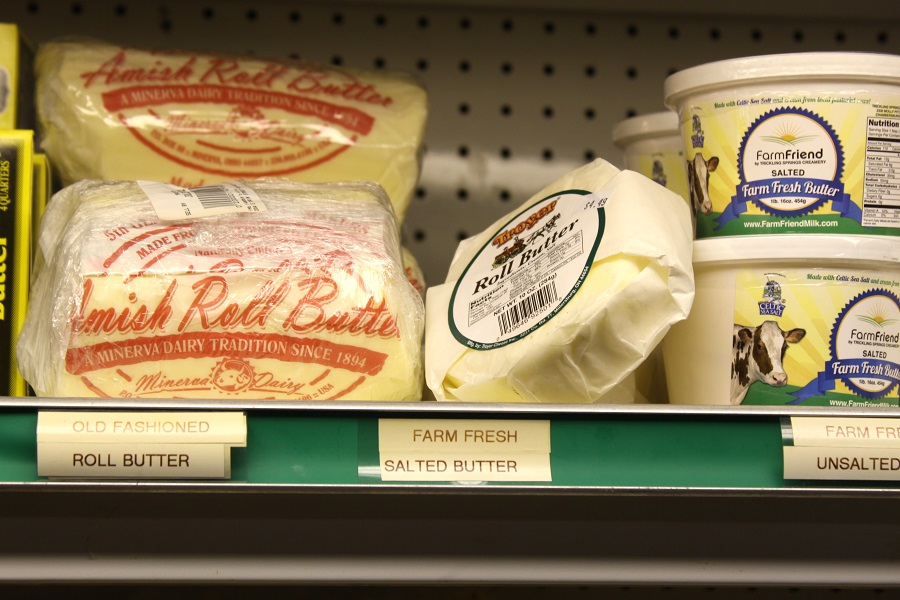 DAVENPORT COLLEGE – The popular Davenport buttery is embroiled in a controversy of lactic proportions this week following the late-night eatery’s adoption of an all-butter menu. This groundbreaking departure from such buttery staples as mystery meat and avant-garde “sandwiches” comes in the wake of scathing accusations of fraud from the class of 2018.

Within the Davenport community, reactions have been generally positive. “It’s all about authenticity,” noted buttery employee Peter White, DC ’16, in a recent email communiqué. “Ideally, we’re looking to provide a diversity of butters that simultaneously reflects the integrity of the college and the bovine literality of the freshman class.”

According to HHEA spokesperson Jill Alpenrose, BK ’15, “We had to skim off a few affiliates early on. When it comes to emotional dairy-intolerant students and their ‘I feel unwelcome’ crap, no one gives a damn, you know?” Added Alpenrose cheerfully, “True academics listen to cannibals over marginalized minorities any day.”

Other key parties to what media outlets nationwide are calling the “Great Butter Controversy” include the Wisconsinite Student Union (WSU) and the Moderately Opinionated Food Oligarchs (MOFO), acentrist organization dedicated to patrician disinterest and shunning dairy-intolerant fringe groups. “We here at MOFO believe in respecting the food allergies of all people,” insisted Secretary General Paul Switzerland, TD ’15. “But intolerance is antithetical to our self-consciously neutral stance on everything. Occasional discomfort is the price of any open society! Why shouldn’t minorities wheeze or vomit every now and then?”

As with any highly complex and multifaceted modern dispute, the sheer number of nuanced viewpoints is a source of confusion for many. “I have literally zero idea what is going on,” admitted Politic writer Zeke Adams, CC ’16, while savoring a made-to-order butter milkshake. “But any shitstorm with Paula Deen on one side and Michelle Obama on the other sounds racially charged and totally awesome. Hey, want a sip?”