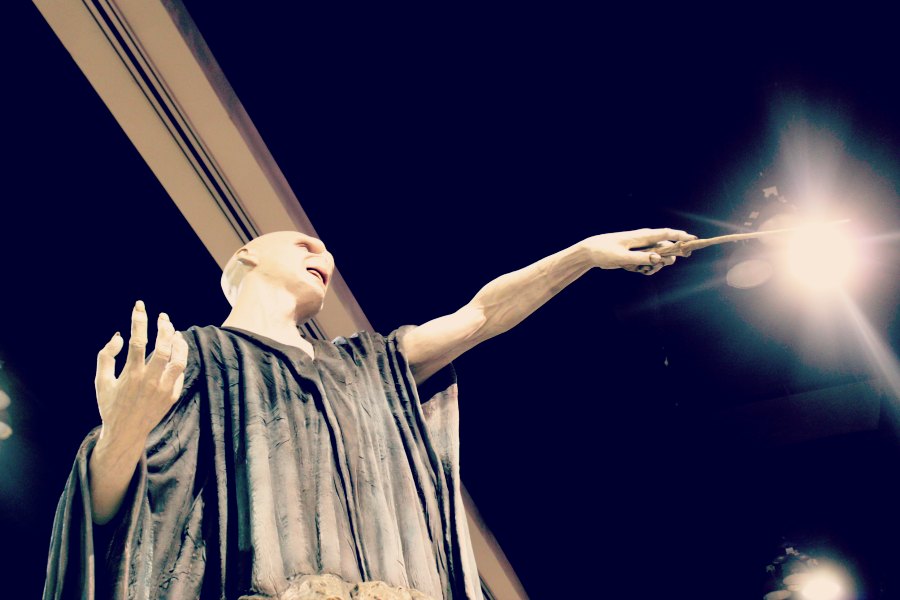 My story begins, as most hair loss stories do, in a girls’
bathroom. Many decades ago, after playing around
in there with my diary and my pet snake, I noticed that I
could see a little bit more forehead in the mirror than usual.
But what I initially assumed was just a side effect of blowing
shit up turned out to be a trichological catastrophe that liter-
ally tore my soul into pieces. My balding head ruined my
self-confidence. I felt ashamed and exposed. When I saw
that even my Dark Mark had lost its luscious head of hair, I
couldn’t take it anymore. I hid in shame for ten long years.

During my decade of increasing hairlessness, I spent
thousands of galleons trying to fight my baldness with
various magical cures. The Sorcerer’s Stone produced
an unpleasant crumbly sensation in my scalp. Next I tried
dementors, but I found that their hair-raising qualities
only work for people with actual hair. Even the Death-
ly Hallows, which I once believed to have given Albus
Dumbledore his glorious head of hair, were really more of
a hassle than a miracle cure. Don’t think that consulting
a so-called “potions expert” will help you, either. The
last one I looked to only knew how to make hair greasier.
Let’s just say he won’t be seeing any more clients for a
long time. Because I killed him.

Finally, it clicked—my balding was a problem of my
filthy muggle blood! Clearly, the only way to cure my-
self was to find a muggle potion. That’s what led me to
Rogaine® for Men. Here are my thoughts:

THE CONS
-It came in a metal wand that did not respond to any
form of incantation.
-The foam smells like Hagrid.
-Side effects included unwanted hair in even my most
precious chamber of secrets.

THE PROS
-Conveniently delivered by owl within two business days.
-I only had to murder two Rogaine employees to re-
ceive a “buy two, get one free” special offer
-The results were phenomenal. I’ve been mistaken
more than once for a middle-aged Edward Cullen.

As much as I detest all muggles, they’re right that
there’s no magical cure for baldness. With my six month
trial complete, I have every intention of continuing my
Rogaine usage until I have taken over their world. Still,
I would highly recommend this product to all balding
witches and wizards, even my sworn enemies. Because
when it comes to hair loss, there is no good or evil. There
is only Rogaine, and those too weak to seek it.