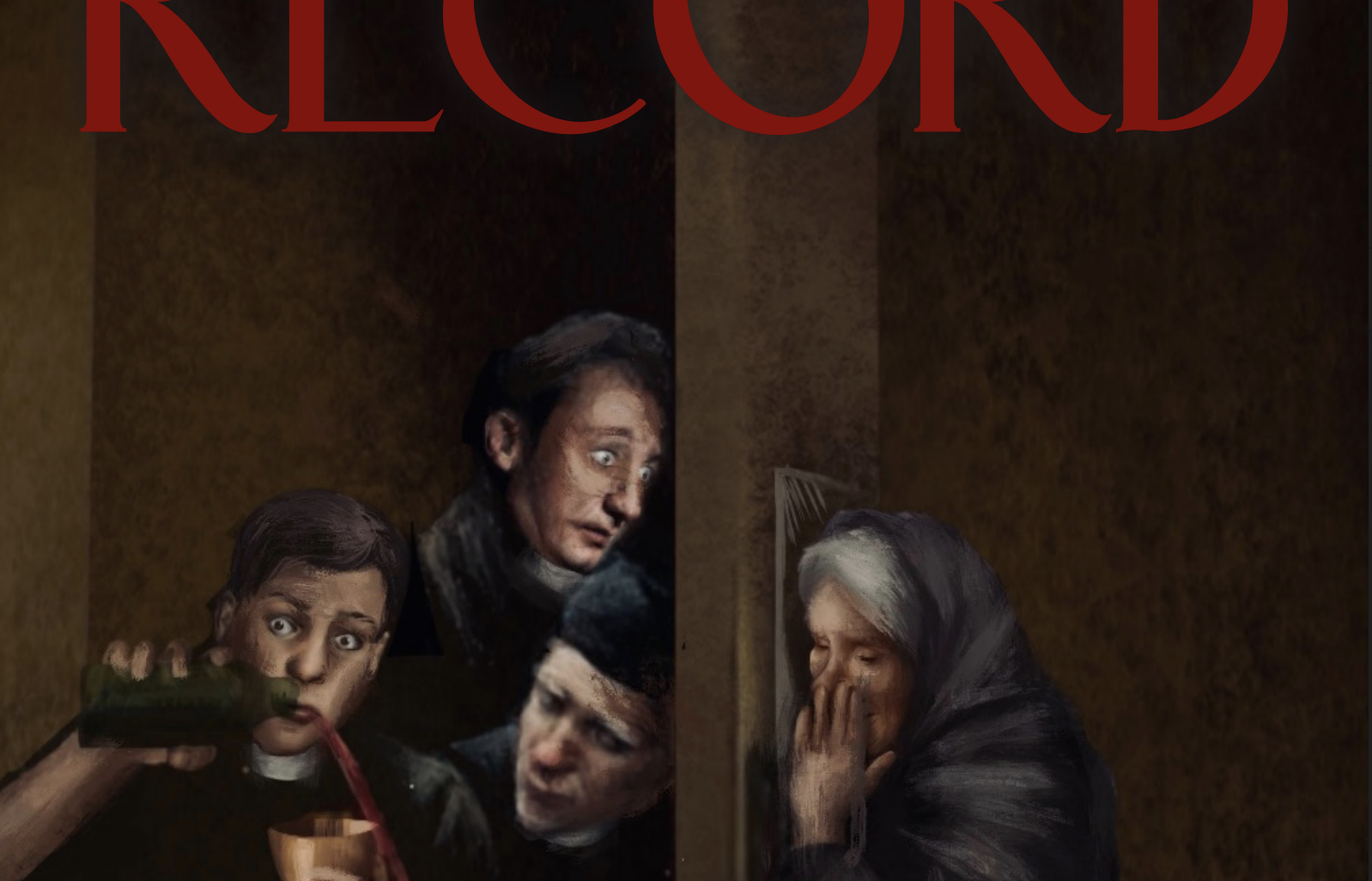 Either you know him or you’ve heard of him—this guy is a big deal. Today I sat down for an exclusive interview with the creator of the universe and all life within it, the big man himself: God. We discussed an issue that he’s been grappling with recently, and God revealed he’s ready to talk about something that used to be forbidden knowledge. The interview, printed here, has been edited for length and clarity:

BG: So, God, tell me what’s on your mind today.

GOD: Well, Brad, to tell you the truth, I’ve been thinking a lot about issues of identity. Who am I? That’s something we all have to ask ourselves once in a while. I think most of us, myself included, base our identity in no small part on what we think others’ perceptions of us are. But whereas you mortals generally only have to worry about the opinions of a few hundred people at most, I have literally everyone’s opinion to worry about, and eventually even judge. It’s tricky to figure out who I really am.

BG: But God, isn’t there more to who we are then what other people think? Can’t we eschew those external opinions and transform ourselves into what we ourselves want to become?

GOD: In an important way you’re right, and I did eventually find that out. But you’re all social creatures, and you are made in my image, so of course I do care what people think of me. It’s impossible for anyone not to care at all about the opinions of others. And lately, an aspect of my own identity I’ve been thinking a lot about is my name.

GOD: That’s exactly right. And that’s pretty much the problem. Back in the old days, revealing my name would have removed all the mystique. You have to remember, Brad, things were harder back then. Every god and his primordial grandma had a name, so I was actually kind of a pioneer for declaring my name forbidden and just going by “God.” Helped with the monotheism project I was trying out.

BG: You did give us mortals some consonants if I recall. “YHWH,” no?

GOD: That’s true. I gave the mortals just a few letters of my name to keep them guessing. And oh have they been guessing. Yahweh is the most popular guess, but many others have been proposed. I considered smiting one smug asshole who kept insisting my name is “Yahoo Wahoo,” but then I remembered that you guys all eventually die, so I could just send him to hell then.

BG: Fascinating. But God, if we have four letters of your name, how has nobody guessed it correctly yet?

GOD: The main issue is linguistic drift. Those letters are very outdated given our current alphabet system. The first three letters should now be “JFR,” and that last H is pretty much vestigial. I’ll be frank, Brad. My name is Jeffrey. I’ve kept it secret for a long time, but wow does it feel good to just come out and say it.

BG: How long would you say you have been waiting to tell the world your name?

JEFFREY: Pretty close to seven thousand years. I haven’t even had a pragmatic reason to keep my name secret since the Classical Period. It honestly may have helped me spread throughout the world faster if people had a name they could latch onto more easily than “God.”

BG: So why have you kept your name a secret then? Was it one of those situations where people know you by a name, and you can’t really break out of that? There was another Brad at my kindergarten back when I was a kid, so a lot of people called me “Bingo,” and it just kind of stuck with me for a while. I even started introducing myself that way. It wasn’t until high school that I put my foot down and said, “No. I’m Bradley Gilman, not ‘Bingo’ or whatever you people want to pigeonhole me as.”

JEFFREY: Yeah, exactly like that. People would ask me my name, and I’d just say “Haha, most people just call me God.” And I just got so into that habit that I felt like I was kind of locked into that role as “God” and not as who I really was. People think of me, they don’t think of me as a multifaceted person. They just think, “Oh yeah, that’s God.” They all say I’m so mysterious and unknowable, but nobody is even trying to get to know the real me. And don’t tell me I’m wrong, because I’m omniscient.

BG: So, Jeffrey, now that you’ve revealed your actual name, are you still comfortable with people calling you “God?” Or would you rather people call you Jeffrey, or even Jeff?

JEFFREY: Oh, I don’t mind being called “God” at all—the problem was that I felt powerless in the determination of my own identity. Just knowing that I can push back against that, say, “No, my name is Jeffrey.” That’s what reminds me I’m in control of my own life.

BG: That is so inspiring. Anyway, I’m afraid that’s all the time we have today. Thank you so much for stopping by, God. Or should I say… Jeffrey?

GOD: I’d prefer if you didn’t. This is a professional environment.

Inside Yale’s Most Secretive Society