My first words were, “Come hell or high water, when I’m Editor in Chief of the Yale Record, we will do a 24 Hour Issue.” My second words were, “Heck, even if there’s a global pandemic caused by a virus strain first isolated in December 2019 in Wuhan, China, there will be a 24 Hour Issue.” My parents didn’t question what the Yale Record was, or tell anyone that I made an eerily-specific prediction about COVID-19. They just told me to keep dreaming.

Twenty years later, here I am, Editor in Chief of the Yale Record, and boy, has hell or high water or a global pandemic come. But I had to make the 24 Hour Issue happen, or my first words would be a lie! While I knew we couldn’t meet up in one of the college basements and kiss each other on the mouth like we used to do every year, I knew there was a way to make the 24 Hour Issue 100% COVID safe. It was actually a rather simple solution—we’d spend 24 consecutive hours outside on Cross Campus.

Immediately, the plan had its fair share of haters. For one, it was supposed to be thirty degrees, and Cross Campus was covered in snow. Some staffers were afraid of “frostbite” or “hypothermia,” but I told them that was just the price you have to pay if you want to write comedy. I then showed them the slash down my stomach from the time I said something at a meeting that wasn’t funny and former Editor in Chief Caleb Cohen struck me with his sword. Needless to say, everyone was convinced that to be a comedian was to live a life of pain, and they stopped complaining.

So, at noon on February 20, we all gathered together to ring in the start of the most important 24 hours of our lives. The first hour went pretty well. I finally learned everyone’s names and even let the rest of Big Four look me in the eyes for the first time. But once I got back from washing out my eyes, everything was turned upside down. “Someone ate our entire supply of mixed nuts and drank all our hot chocolate!” said Online Managing Editor Joe Wickline, with a ring of chocolate around his mouth and a nutty breath. But now was no time to point fingers because we were in survival mode.

Stranded on the isolated island of Cross Campus with no resources, the Record staff erupted into chaos. It was a good thing I had my emergency conch to restore order. I established a rule that in order to speak, you had to be holding the conch. I wasn’t sure why everyone started calling me Ralph, or why they all started asking if they could be Simon so they could “leave by the end of Chapter 9.” Anyway, a few hours in, this little boy named Jack lured half of our staff to another part of Cross Campus, so our ranks we’re getting smaller and smaller.

By hour six, morale was at an all-time low. We were hungry, we were cold, and we had made little progress on the issue. Then Copy Editor Zosia Caes had a genius idea. “I learned about this thing called fire in one of my chemistry classes,” she told us. “It’s supposed to make things warm. Maybe we could start a fire.” She explained that we would need some wood, which was perfect, as lumber was practically spilling out of Business Manager Jacob Eldred’s backpack and coat pockets. Apparently, if we just rubbed two sticks together, eventually there would be a spark, and then a flame, and then a “fire.”

The fire was a success, and lucky for us, we managed to get cell service, so we could order a replenished supply of mixed nuts and hot chocolate. It was all smooth sailing for the next few hours. But since there were only about ten of us left, we certainly had our work cut out for us. After a long period of writing, I could tell we really needed a break. I suggested we play my favorite game—Who Can Name the Most Billy Joel Songs?—but it didn’t work, because we all could name every single one. Managing Editor Sam Leone suggested that we recite Billy’s Wikipedia from memory in unison, but I had to keep him quiet, out of fear that a passerby might overhear us and realize that the world’s oldest humor magazine was actually a front for the world’s third oldest Billy Joel fan club.

It was midnight, and we decided to keep ourselves awake by telling scary stories. Sam went first, telling the story of the mysterious “Piano Man.” We heard of many more spooky characters—the Stranger, the Uptown Girl, the Innocent Man, Mr. Cacciatore down on Sullivan Street. While these stories all felt oddly familiar, I enjoyed them nonetheless.

Two hours later, I felt refreshed enough to keep editing. While our night certainly had its fair share of limitations, I finally started to feel, in the wee hours of the evening, that the issue was coming together. But at six in the morning, the group who had abandoned us earlier returned, with a completed 24-Hour Issue of their own. “It really only took us twelve hours,” they said, “because we didn’t slack off and start telling silly stories like some people.”

I flipped through their issue and was in awe. It was really good, not overwhelmed with references to classic English literature they skimmed in ninth grade or to any Long Island-based singer-songwriters. But it lacked the heart that our issue had. What we had may not have been technically the best, but within each line you could feel the sense of camaraderie, the passion, the fire. I told them that while I appreciated their effort, I could not publish it. They splintered off, never to be seen again, and started their own obscure magazine called “National Geographic.” 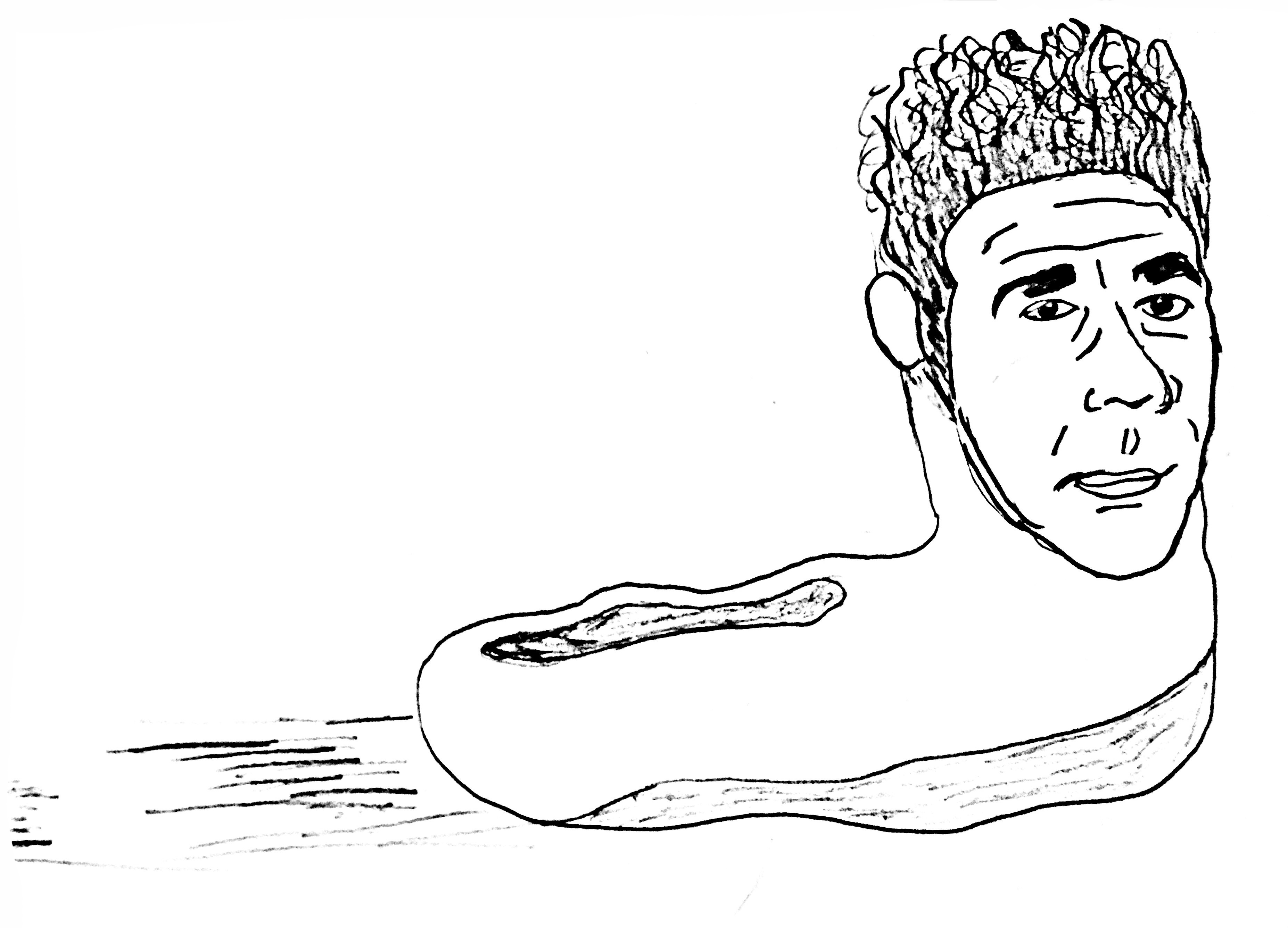