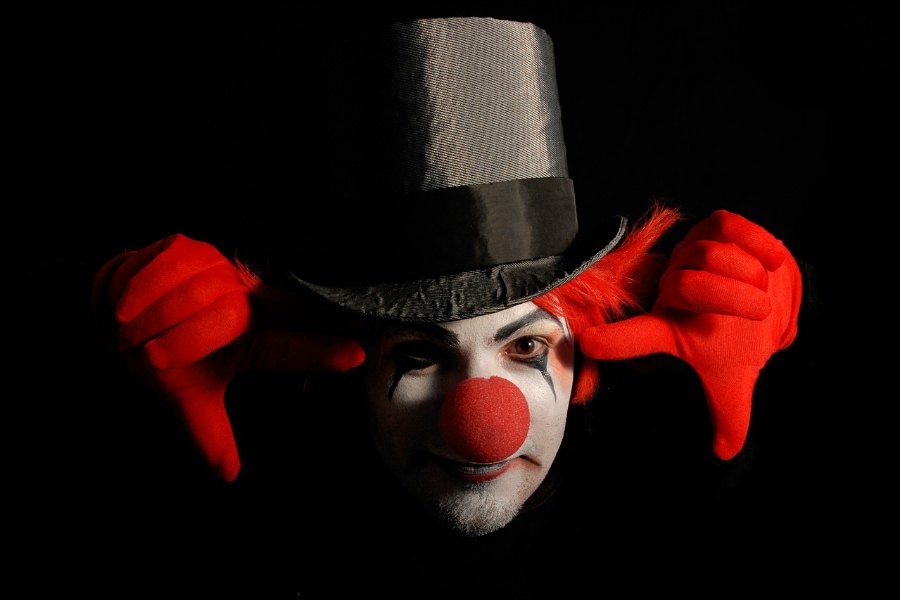 To the Yale Community,

I write to let you know of a sighting of a “creepy clown” reported this evening in the vicinity of Orange and Crown Streets at approximately 8:30 p.m. This “creepy clown,” or “clown,” was spotted by an undergraduate student walking in the area. The student was approached by the clown, who demanded money and insinuated that he was armed with satire. Neither weapons nor irony were displayed, and the New Haven police are currently investigating.

As a general reminder, it is important to walk with others when possible in well-lit and populated areas (see the “Slender Man” panic of 2009). Avoid displaying valuables such as cash, portable electronic devices, or a rich sense of humor. If you have any information regarding which Party City this joker escaped from, please call the Yale Police at (203) 432-4400 or send an anonymous text tip to the Batman.

Note: Please stop phoning in sightings of the heavily made-up circus yam who appeared on television this Sunday at 9 p.m.

Sincerely,
Ronnell A. Higgins
Director of Public Safety and Chief of Police